Why Did Jesus Turn Water Into Wine? The First Miracle Explained 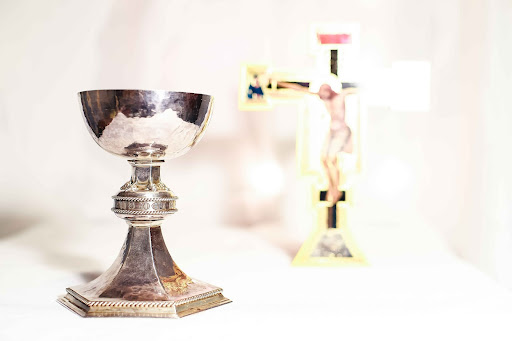 Throughout the life of Jesus Christ, He performed many awe-inspiring miracles.

But none were so important as the very first miracle when Jesus turned water into wine. Several of Scripture's greatest themes are echoed in Jesus' first miracle.

Jesus didn't do anything by chance, and that's why this story is prevalent. Every aspect of Christ's life had purpose and meaning.

According to John the Apostle, this miracle is the first of several signs, and all "are written so that you may believe that Jesus is the Christ, the Son of God and that by believing, you may have life in His name” (John 20:31).

It isn't explicitly stated in John's narrative of the event why Jesus transforms water into wine. Jesus did what He did quietly and never explained His motives.

Today we’ll discuss the deeper meaning of why Jesus turned water into wine.

How did Jesus turn water into wine?

The first recorded miracles of Jesus occur in the New Testament, as told in John 2:1-11, when Jesus turned water into wine at a wedding. Generally, a miracle refers to an event that happens outside the realm of natural law.

During His ministry, Jesus performed over 40 miracles, including healing the sick, changing nature, and raising the dead.

Many Christians today consider it one of the most memorable miracles because it was Jesus' first public miracle. The first miracle Jesus performed led Him from being a simple carpenter from Nazareth to taking His first step toward becoming the Messiah. Even though it was an act of the supernatural, it was more important because of the message it contained.

As Jesus and His disciples prepared to begin His public ministry, Jesus, His mother Mary, and several other disciples were invited to a wedding in Cana. At the wedding dinner, Jesus' mother informed Him that all the wine had been consumed. At first, Jesus wanted to ignore the problem, even saying, “What does this have to do with me? My hour has not yet come.” (John 2:4).

But after more prompting from Mary, Jesus noticed six large stone water jars, the kind used for ceremonial washing, each holding between 20 and 30 gallons of water.

Jesus then instructed the servants to fill the jugs with water and take them to the wedding host. As the host sipped from the water pots, he realized that the water had become wine. Although the host was unaware that a miracle had just taken place, the servants who drew the water knew it was new wine, conjured by Jesus.

“And the master of the banquet tasted the water that had been turned into wine. He didn't realize where it'd come from, though the servants who had drawn the water knew. Then he called the bridegroom aside and said, ‘Everyone brings out the choice wine first and then the cheaper wine after the guests have had too much to drink, but you've saved the best till now.’ What Jesus did here in Cana of Galilee was the first of the signs through which He revealed His glory, and His disciples believed in him” (John 2: 9-11).

This was the start of a glorious ministry that Jesus would carry throughout the rest of His short life.

Why did Jesus turn water into wine?

This wedding miracle in Cana was the first time Jesus revealed His supernatural abilities in public.

This first miracle teaches us a valuable lesson: Jesus can provide for our needs.

We may not always get what we want, but when we turn to the Lord, our needs are met so we can pursue a deeper relationship with Him.

A metaphorical lesson is to pay less attention to the wine and instead focus on the winemaker. Due to their concentration on the wine, the guests of the wedding never learned about the 'Winemaker.' Focusing on the wrong things is something many of us do. Your focus may be on a fancy new car or a bigger house. Whatever you face, don't let it take your focus from the Lord.

The change from water into wine demonstrates Jesus' powers over all things down to the atomic level. Without the Creator's authority, nothing can change.

The purpose of this miracle was explained further in John 2:11: “This, the first of His signs, Jesus did at Cana in Galilee and manifested His glory. And His disciples believed in Him.”

Miracles, signs, and phenomena aren't all that God wants us to believe in. To know Him, we must believe in Him and share that belief with others. Rather than us having our fill of wine, money, or any other physical things on this earth, His plan is to show His love to us. Our lives are blessed when we trust God and hear Him, and He responds by blessing us in return.

What the Bible story means to us today

Studying this Bible story allows us to derive a number of different takeaways.

As a serious student of the Bible, these first miraculous acts of Jesus should give rise to a deeper spiritual lesson. In the Gospel, wine is viewed as a symbol of happiness, and we all know that a wedding is one of the happiest occasions in our lives.

Having emptied all the water jugs, Jesus refilled them without thinking twice. The time of joy and splendor in His future kingdom, when sorrow and sadness will be banished, was illustrated by Jesus when He refilled the jugs. During the wedding in Cana, Jesus demonstrated God's love and plan to bring peace and joy to Earth forever.

Although Jesus' lessons were incredibly powerful that day, another message remains relevant. We need to avoid focusing on an outside life that looks clean and shiny and start looking inside instead.

During the wedding feast, none of the guests made the wine. Nobody picked grapes, no one trampled them, no one strained them out. In the end, they simply relied on the future Messiah to provide for them without even realizing it.

In today's world, the same applies. Our expectation is that God will provide for us without us having to do anything in return. Despite our abuse of His gift, Jesus still gives. As soon as you take it in, you'll be clean in the only way that matters: spiritually.

It’s no surprise that the first miracle Jesus performs takes place at a wedding — one of God's favorite symbols for the covenant He's made with His people.

Jesus Christ lived a life full of service and generosity from that day forth. And the world was forever changed.

For more on the story of Jesus, download the pray.com app in the iOS App Store or Google Play.